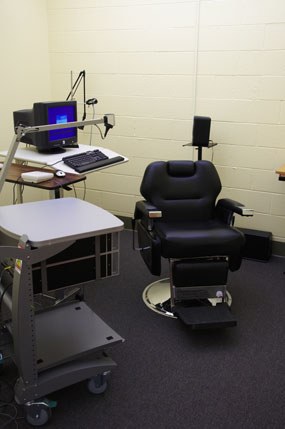 The Human Electrophysiology Facility (HEF) supports Penn State researchers in the acquisition, analysis, and modeling of electroencephalography (EEG) data. Through use of equipment found in the HEF, Penn State researchers may extend their research programs to include methods of behavioral and cognitive neuroscience, consistent with the emphases placed on neuroscience and translational research by major funding sources (the National Institutes of Health, in particular).

The HEF consists of a 1260 square foot suite including a preparation room, two data collection rooms, a computer lab, and a conference room suite. The facility is equipped with high-density and low-density EEG systems that can be used with infants, children, and adults. The facility is also configured to support a range of data analysis methods, including standard tools for EEG and ERP, and specialized tools for cortical source localization.

A three-dimensional motion tracking and digitizing system is available for use with both systems, to provide highly accurate localization of electrodes for use in cortical source localization.